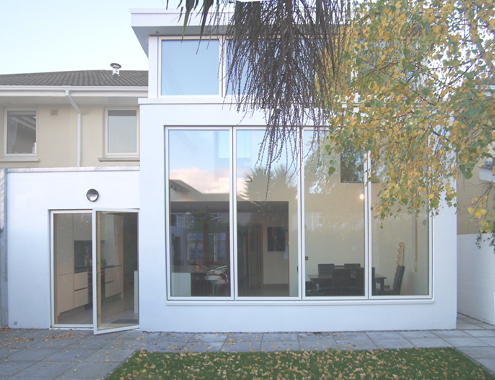 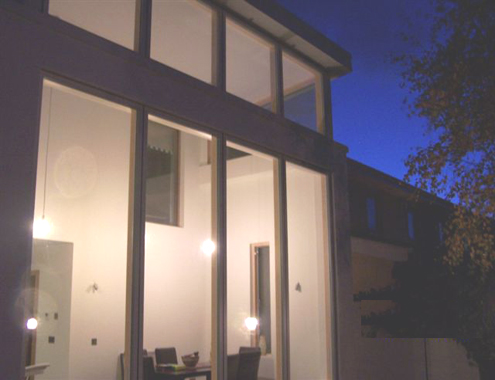 A large tree in a constricted site in the back garden of a semi detached house in Blackrock generated the idea for a two storey screen glazed space that in the absence of space to expand the house horizontally would allow the house to expand vertically. In a place where the view never changes the changing seasons meant a changing view as the tree itself changes from spring to summer to autumn. High quality finishes are used throughout with motorised Velfac windows opening at a high level to ventilate the house. To improve penetration of sunlight into the house glazed screens were incorporated between south and north facing rooms.